For my third project, I’ve been looking at Japanese artists and their Ukiyo-e work . I love the lines, the colors, compositions, figures. I have especially come to like the different use of lines both for the body and clothing and it is something I aim to incorporate in my own narrative, Tabasamu. The battle portrayals are my favorite, each individual artist having their own strength.

Tsukioka Yoshitoshi is widely recognized as the last great master of Ukiyo-e a type of Japanese woodblock printing . He is additionally regarded as one of the form’s greatest innovators. His career spanned two eras – the last years of feudal Japan, and the first years of modern Japan following the Meiji Restoratio [Wikipedia]

I like his portrayal of warriors and the examples below show a before and after piece, starting from initial sketch to final image. It gives an interesting insight into the working methods as most examples I have come across mainly show the finished work in color. Whereas many of the Japanese artist produced prints, I will illustrate directly onto the scroll and maybe later on venture into printing the illustrations. 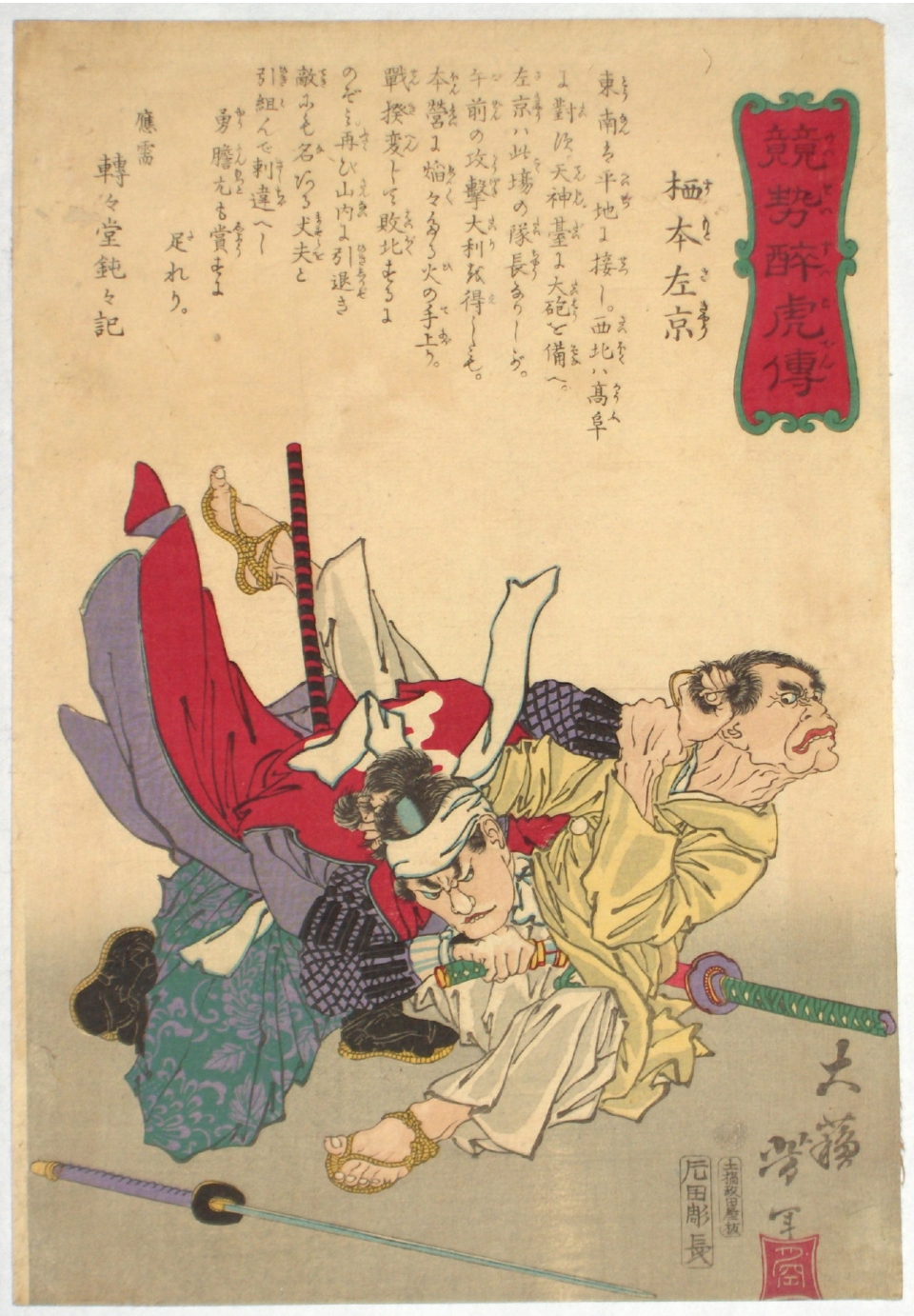 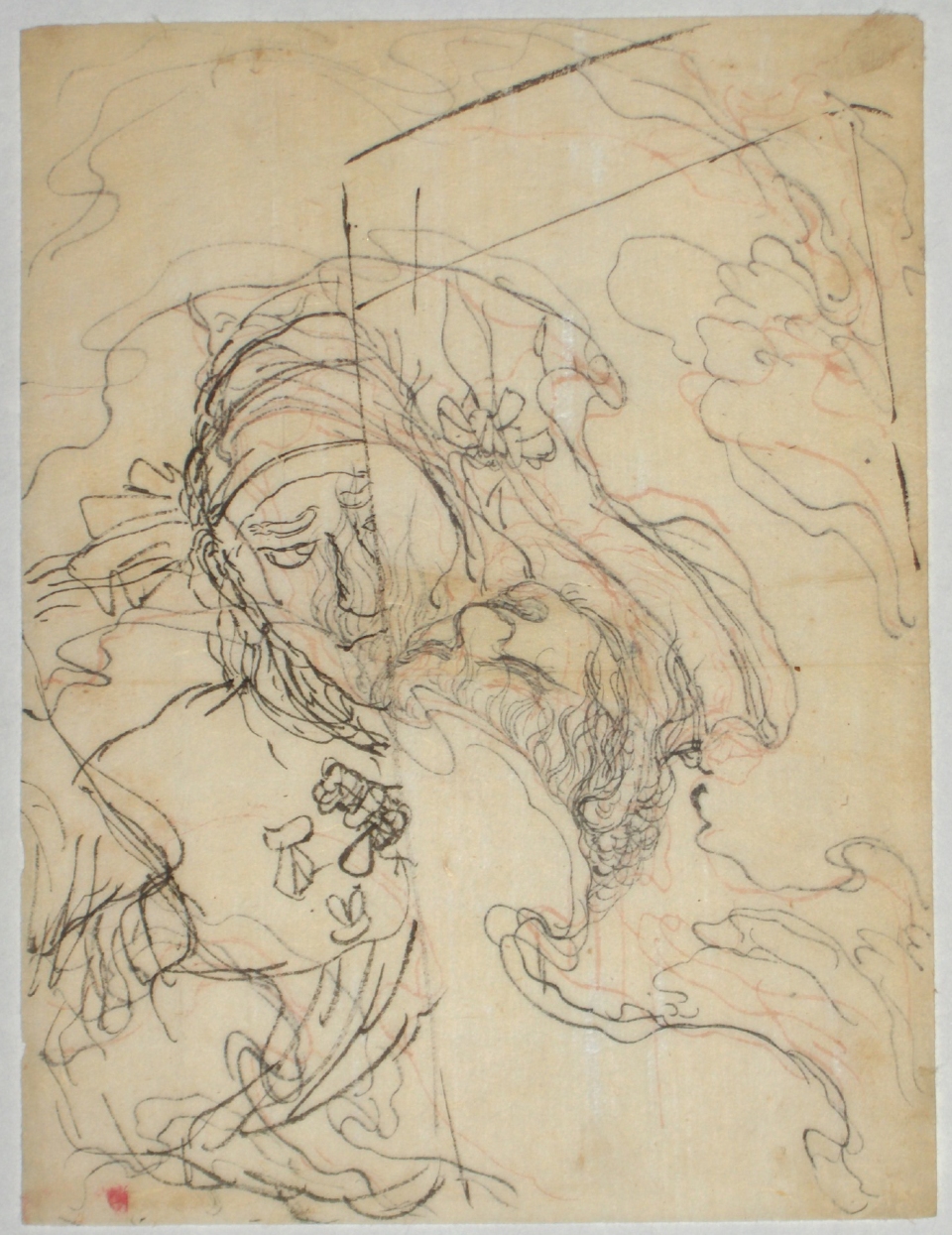